International students can now stay back in the U.K to work—and more importantly, to job hunt—for up to 2 years. 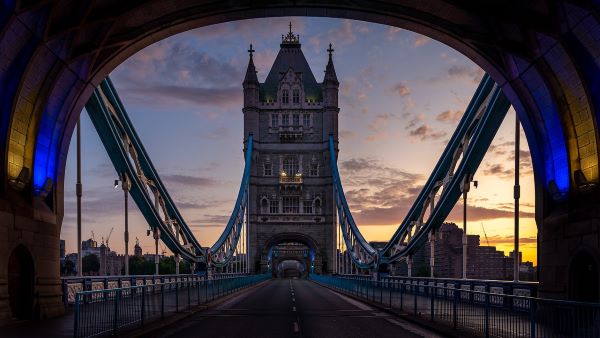 In a move welcomed by international students worldwide, the U.K. government announced yesterday the reintroduction of the post-study work visa for foreign graduates pursing an undergraduate or higher degree in the country.

The new “Graduate” route, which comes into effect next year will allow eligible overseas students to remain in the U.K. for 2 years to work and look for work without having to change to a Skilled Work Visa. The policy will be open to all those who have valid immigration status as students and have completed a course in any field at undergraduate level or above in a government-recognised educational institution, which has a proven track record in upholding immigration checks and other rules pertaining to studying in the country.

There are no regulations in place yet for the number of graduates who can apply to the route and it does not require candidates to only apply for jobs specific to their field of study. This means that students now have more time in hand to look for skill-specific jobs in the country in and when they choose to apply for a work permit or Skilled Work Visa.

The announcement ends a policy put into effect almost 7 years ago by then Home Minister Theresa May. Prime Minister Boris Johnson said the move will be “a new route for international students to unlock their potential and start their careers in the U.K.”

Commenting on the move, U.K. Home Secretary Priti Patel stated that the new Graduate Route will mean that talented students can “gain valuable work experience as they go on to build successful careers.” It also demonstrates the country’s “global outlook,” she added.

The policy ending the post-study work visa affected U.K.’s ranking as an overseas education hub and saw the number of students opting to study in the country drop sharply—a trend which has only shown signs of recovery in the last three years.

Education Secretary Gavin Williamson pointed out that contribution of international students to the U.K. is both cultural and economic. “Their presence benefits Britain,” and “the graduate route ensures our prestigious higher education sector will continue to attract the best talent from around the world to global Britain,” he added.

In light of statistics on student influx in recent years, this policy, which will be open for aspirants for the 2020/21 intake, was welcomed by university representatives who have observed that Indian students, particularly, make choices about their higher education based on the opportunity to be able to gain work experience.

Reportedly, about 82% of Indian graduates are satisfied with their careers according to Director, Universities U.K. International, Vivienne Stern. Yet, she added, it is a known fact that “they [Indian graduates] value the opportunity to spend time in the U.K. working after their degree. This visa will make it significantly easier for them to do that.”

The new route follows the recent creation of fast-track visas for scientists and the elimination of the limit on PhD students moving to Skilled Work Visas. Not only are different sectors hoping that the policy will reinstate U.K.’s as a prime choice of destination for overseas education and attract more students, it also might be aimed at placing the U.K as a global leader in the STEM (Science, Technology, Engineering, Mathematics) sector.

More details of the new route will be unveiled in the coming months; however, it has been stated that unlike the previous route which closed around 2012, the new one will include safeguards ensuring that only genuine applicants are eligible.

Boris Johnson’s announcement also coincides with a £200m genetics project at the U.K. Biobank—a venture that Johnson said would not be possible “without being open to the brightest and the best from across the globe to study and work” in the U.K.